I was on KFUO radio, St. Louis yesterday.  Kip Allen interviewed me for World Lutheran News Digest about eclipses, Islam and eschatology.  According to some Sufi understandings of certain hadiths, the Mahdi will appear in 2027 when two eclipses occur in the same month. 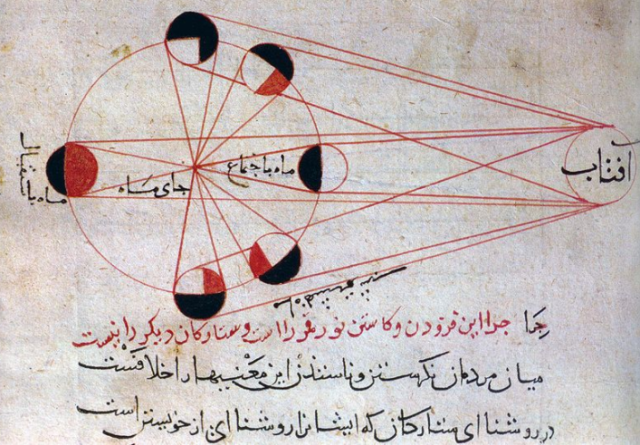 Eclipses have often been associated with End Time events in Christianity, and the same is true in Islam.  One of the most notable is a tradition that the Mahdi will come when there are two eclipses–one solar, one lunar–during the month of Ramadan.  That means that even a total solar eclipse, as much of the United States will experience today, is no cause for infidel panic!

Intrepid Yank searching for 12th Imam al-Mahdi on the wrong side of Jamkaran Mosque.

No, folks, I’ve neither fallen prey to jihad nor been crushed by a toppling Confederate statue–I’ve simply been working, night and day, on my new book:

I should have it done in a week or two, then published on Amazon.  You’ll be the first to know! Thanks for bearing with me in the meantime.

“We’re dead! We’re dead! We survived…but we’re dead!”  It often seems that liberals are channeling Dash from “The Incredibles” on a daily, if not hourly, basis.  Just yesterday they told us that South Asia will be hotter than the blazes of hell and damnation itself by the end of this century (sort of like Atlanta is already); and today we learn that not just our Indo-Pak friends but, indeed, all of humanity is likely deader than a “Star Trek” redshirt who just beamed down with the Captain.

I have written elsewhere (“Where’s Your Messiah Now–On the Left or the Right?,” Sects, Lies, and the Caliphate, pp. 151-154) that across the span of US history liberals have tended to be messianic, while conservatives have more often waxed eschatological. However, with the election of Donald Trump to the Presidency, roles have reversed: some of the latter have adopted political messianism (so much so that they are in need of chastisement) while the former have plunged deeply into the eschatological maelstrom with a vitriolic anchor around their necks.

Ironically, considering how many Democrats profess no religion, liberals have been quick to adopt the “Four Horsemen of the Apocalypse” motif from the Book of Revelation, chapter 6.  In St. John’s apocalypse (which means, literally, “unveiling”) the horsemen are conquest, war, famine and death itself.

A better argument for the four figures would posit them as civilizational problems, not individuals–such as, say, chemicals, disease, some aspects of humanity itself, and resources (or lack thereof).  For “progressives,” then, the Four Little Ponies prancing in, now that President Trump has broken the seal (read Revelation chapters 5 and 6), might be climate change, capitalism, Christianity and cisgenderism–which unfortunately leaves them no room for Vladimir Putin.  The first of these, in its old global warming version is, of course, the beast which many on the Left see as stamping out all the others (as alluded to above).  Unfortunately for them, however, cold kills more humans than heat–as my wife likes to remind me whenever I set the air conditioner below 70.

Here are Four Horsemen that liberals and conservatives might be able to agree upon:

This is a painting (dated 1967) at the Rock and Roll Hall of Fame in Cleveland, Ohio (which I visited in June of this year, in town to see U2).  Marty Palin of Jefferson Airplane/Starship bought the painting in San Fransciso and donated it to the Hall.  That fellow in the middle appears Elvis-ish, while the rider on his left presages a 1970s Jeff Lynne of ELO (holding Maxwell’s silver hammer?).  The skeletal chap on the left could contribute something with that acoustic guitar.  But how in Hades do you play a scythe?

Since the title of this entry comes from U2, I’ll leave you with the link to one of my favorite, and their most relevant to today’s topic, songs: “Until the End of the World.”

Fox News ran an interesting article yesterday, entitled “ISIS, squeezed out of Iraq and Syria, now ‘regrouping’ in Libya, analysts say.”  The point–as if the title were not clear enough–is that ISIS is using that failing north African state for a haven as its caliphal territory in Syria and, especially, Iraq is being diminished.

As my Army basic training drill sergeant used to say, “it don’t take a GED” to figure certain things out.  It just seems to take some analysts longer than others, however.  I predicted that ISIS would relocate its caliphate’s command and control to Libya over a year ago, in this article “Dousing ISIS’ Apocalyptic Spark in Syria“–owing not only to Libya’s lawless state, but just as much to the history of Islamic eschatological movements in North Africa being compatible with ISIS’ own brand of Islam.

The Almohad (al-Muwahhidun) Caliphate, the main motivating tenet of which was belief that its founder Ibn Tumart was the Mahdi, included much of modern Libya in its domains.