Happy 2018!  I must apologize to my legion–ok, cohort or, maybe, maniple–of followers for not having blogged since early October; but in my defense I plead teaching three university history classes, trying to finish my new book Enemies of the Caliphs, and a high school football season that lasted until mid-December (but was well worth it: my sons play on the team that won our state’s 4A championship)!

Like Rush, I had a 2017 “big stack of stuff” on which to opine; but much of that is dated, and I’m going to examine only the most relevant remaining material in ascending order of importance.

Last summer, a Vatican publication went after President Trump and his (then) “apocalyptic” advisor, Steve Bannon for allegedly masterminding Mr. Trump’s “xenophobic and Islamophobic vision” which is “Manichaean” and “no different from the one that inspires Islamic fundamentalism.”  The co-authors are a Jesuit and a Presbyterian pastor, which just demonstrates that the educational standards for those respective organizations have fallen precipitously since the days of Ignatius Loyola and John Calvin.  Mr. Trump is a Presbyterian himself, and a devotee of Norman Vincent Peale–which makes the President more Christian Lite than slavering Southern Baptist.  Mr. Bannon is a Catholic (whose fundamentalists speak Latin and burn nothing but tons of incense), and even when he was still welcome in the White House (as he no longer is) his Huntingtonian observations that Islam is a major threat to Western civilization did not render him “fundamentalist,” much less “apocalyptic,” but simply a geopolitical realist–Bannon’s ostensible admiration for “darkness, Satan and Darth Vader” notwithstanding.  Most disturbing and ridiculous is the attempt–which we’ve seen before from Pope Francis himself–to equate Islamic and “Christian” violence–as if the dozens of Islamic terrorist groups around the world had Christian analogs who were inspired by the New Testament and the Apostolic Fathers just as jihad is driven by the Qur’an and the Hadiths. 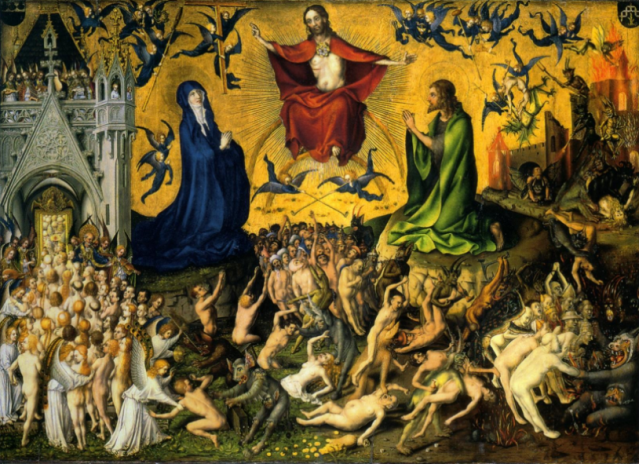 At the end of 2017, armed Islamic groups  in Libya desecrated the grave-shrines of both Muhammad al-Mahdi al-Sanusi (or “Senussi”) in al-Kufra (the far southeast of the country) and Omar al-Mukhtar in Benghazi (Libya’s major eastern city, on the Mediterranean coast).  Muhammad al-Mahdi (d. 1902) was the head of the Sanusiyah Sufi order and father of Libya’s only king, Muhammad Idris, who was deposed by Mu`ammar al-Qadhafi in 1969 and died 13 years later.  (Muhammad al-Mahdi had been asked by the Mahdi of Sudan, Muhammad Ahmad, to be one of the latter’s caliphs upon his conquest of Sudan in the early 1880s–but declined, not least because many  in north central Africa considered him to be the actual Mahdi.) Omar al-Mukhtar was also a Sanusi Sufi, and led the guerrilla war against the occupying Italians from 1923 until his capture and execution in 1931.  The group blamed for attacking the graves of these men is described as “Sobol al-Salam Brigade, a radical group of Madhkhali sect that operates under Khalifa Haftar’s self-styled army…”  Madhkhalism (named after its Saudi founder) is a form of tame Salafism, which supports fundamentalist Sunni ideology but renders it subservient to the state–making it a favorite of extant Muslim rulers over against the Muslim Brotherhood.  Madhkhalism has been growing in Libya, and General Haftar–the de facto ruler of eastern Libya–may be using its adherents as foot soldiers to increase his chances of taking over the entire country.  But why send them as raiders into Sufi shaykhs’ tombs? Does Haftar fear the popularity of the Sanusis in Libya, and their possible return to power in the form of the late King Idris’ nephew, Muhammad al-Sanusi? Is this simply a quid pro quo, under which Haftar looks the other way as Madhkhalis indulge their Salafistic animosity toward Sufis?  In any case, the conflict between Salafis of all stripes and Sanusis, long-time power-brokers in Libya, should be monitored going forward.  It is fascinating that the specter of the Mahdi looms behind events in Libya, considering that both indigenous Sanusis and interloping ISIS Salafis believe in that incarnation of Islamic eschatology.

Last fall, King Salman of Saudi Arabia “ordered the establishment of an authority to scrutinize uses of the ‘hadith'” in order to “prevent them from being used to justify violence or terrorism.”  Supposedly ulama from many countries will work with Saudi ones in Medina on this project, because “Islamist groups such as Islamic State and al Qaeda [sic] have used interpretations of hadiths…to justify violence….” One suspects the hand of Crown Prince Muhammad behind this–as he is already trying to change the political and economic equation in KSA.  But just how much effect will it have on reducing the zeal for jihad and violence in the Islamic world? For one thing, the Turks have already been culling hadiths for several years, under a nearly identical project; in fact, they published “a seven-volume encyclopaedia of what is authors consider the most important hadiths”–which constitute only a small percentage of the 17,000 sayings attributed to Islam’s founder. Like the Turks, one would hope the Saudis take this approch: “hadiths calling for harsh punishments such as severing thieves’ hands were put into historical perspective, so they are not taken as models for modern times.”  But the problematic doctrines of Islam (violence, misogyny, etc.) are not only drawn from hadiths; the Qur’an, believed by Muslims to be Allah’s literal word, contains many harsh passages; to mention but the most prominent: Sura al-Tawbah [IX]: 5 tells Muslims to ambush, besiege, attack, and kill polytheists (which includes Trinitarian Christians); Sura al-Nisa’ [IV]:34 allows Muslim men to hit their wives who misbehave; and several passages of the Qur’an recommend beheading opponents, as I explained at length in a frequently-cited article.  And the consensus of mainstream Muslim (especially Sunni) ulama has maintained for centuries that the diktats of Allah are unalterably constant across space and time, so that it is impermissible to put verses of the Qur’an into historical perspective, as the Turks (and Saudis?) are doing with the hadiths.  Until that changes–until the Qur’an itself can be read other than literally (which today is only allowed in sects)–Islam will be bloody not just on its borders, but inside them.

Finally, and this from spring of 2017: KSA’s de facto ruler, Crown Prince Muhammad “said that dialogue with Iran was impossible because of its belief in the Imam Mahdi, the so-called hidden imam….” Of course, KSA’s regional struggle with the Islamic Republic of Iran is about far more than a war of words over Sunni v. Shi`i eschatological beliefs–primarily, at this point in time, Yemen (although Iran’s involvement there is more effect than cause, as I wrote in 2015). Both official Iranian outlets and Hizbullah leader Hasan Nasrallah issued statements condemning Prince Muhammad and his entire Kingdom for their persecution of Shi`is and obstinate refusal to believe in the occulted 12th Imam.  But what Prince Muhammad conveniently leaves out is that Sunnis, too, believe in the Mahdi–just not one that is hidden and will return; but one who will come for the first time.  In fact, as I explain in my first book, Holiest Wars, most major Mahdist uprisings in history have been Sunni.  Saudi Arabia itself saw an apocalyptic revolution in Mecca fail in 1979  (and an echo of that, more explosive than eschatological, summer of 2017).  At least one Saudi writer, in “Reflections on Surah al-Kahf” (the 18th chapter of the Qur’an, which talks about Moses and some shadowy figures known as al-Khidr and Dhu al-Qarnayn), said recently that “we are living in the end of times; the hour is near, a prelude to the hour is the arrival of the Dajjal” (the “Deceiver,” or Antichrist of Islam).  And at least one summer 2017 youtube video, since removed, claimed, ironically, that “Mohammed bin Salman will be Imam Al Mahdi.” (Maybe that will give him the cachet to update not just hadiths, but the Qur’an!)

2017, thus, was rife with references to apocalyptic characters and events.  I suspect that in 2018 the ones in the Islamic world will prove more potent–but time will tell. 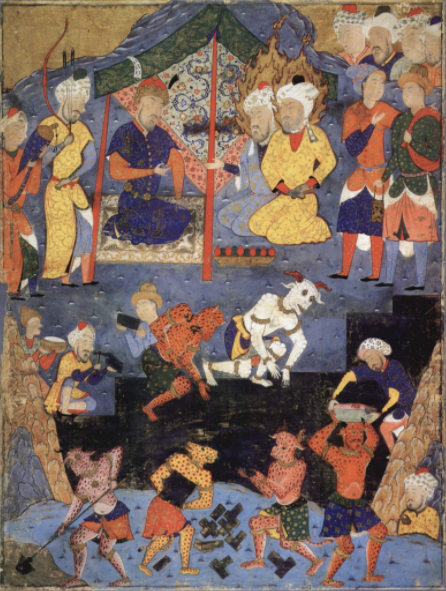 Yajuj and Majuj (Gog and Magog) being penned up by Alexander the Great.  They are one of the afflictions on humanity which will occur in the End Times, along with President Trump, before the Mahdi and Jesus fix things and make the world safe for Islam.