Eschatology has been the be-all and end-all (pun intended) of my academic research for some two decades now.  My Ohio State Department of History doctoral dissertation (2001) and two of my four books have dealt with Islamic beliefs about the apocalypse. But I’d been fascinated with the End Times long before learning about the Mahdi and the Dajjal—probably since I was about 10 years old, when I used to gaze in fear at the 10-headed beast of Revelation illustration found in the back of my great-grandparents’ King James Bible.  Besides, what’s of more ultimate importance than when and how the world ends, and our eternal fate after death?

The Last Judgment (from Orthodoximages.com).

I’m also a huge fan of rock music, from classic to hard.  Two of my favorite Sirius XM stations are “Classic Vinyl” and “Classic Rewind”—along with the “70s,” “Deep Tracks”  and of course the Beatles channel.  For the last several months, however, the U2 channel mainly played in my truck—until Sirius swapped it out for the “Dave Mathews Band” one. Damn you! Damn you all to hell!  (And I mean both Sirius and DMB.) However, “Ozzy’s Boneyard” also sometimes makes my presets, and listening to the heavy metal songs there introduced me to music about the apocalypse to which I’d never paid much attention.

Herewith, then, are my six favorite eschatological rock/metal songs, based on lyrical content and on music. Why only six? Because 666 would just be too damned many. 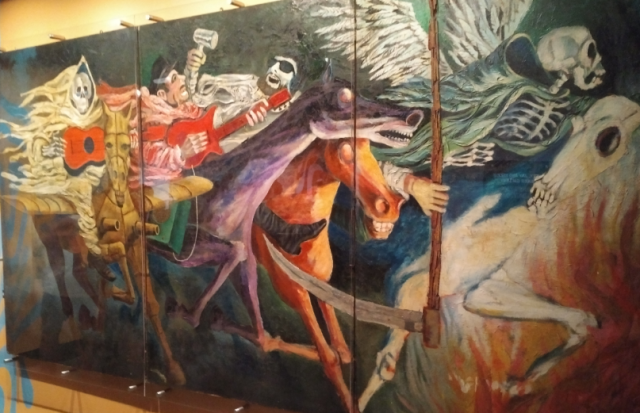 The “Four Horsemen of the Rock Apocalypse,” from the Rock and Roll Hall of Fame, Cleveland, OH (my picture, July 2017): Mick, Elvis, Jeff and Keith, I believe. 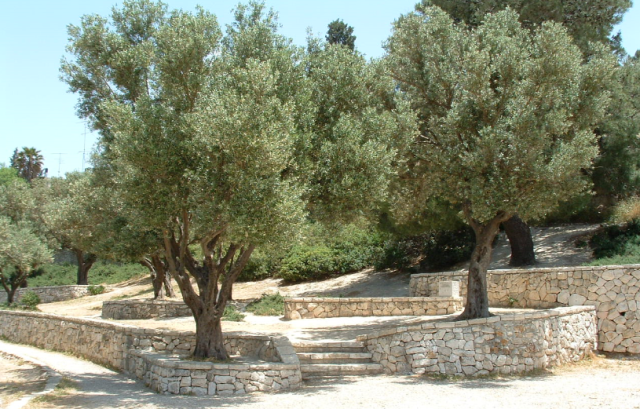 The Mount of Olives’ Garden of Gethsemane, from my trip there, 2003.  When Judas betrayed Jesus with a kiss, it probably wasn’t this manicured.

The hole/well whence the Twelfth Imam al-Mahdi will emerge is behind that Jamkaran Mosque.  Pictured also: Infidel Great Satanist researcher.

There you have it: my half-dozen favorite rock and metal (?) songs about this topic.  What say you?